So I gave in and bought the Deluxe Advance Pack 3 in Marvel Heroes. I already had Green Goblin, but at least got a new (prettier) Costume. Also got Elektra already and now waiting for the other Heroes and Team-Ups (Heroes: Nick Fury, Ultron, Angela, Black Bolt, TBD and Team-Ups: Ms. Marvel (Kamala Khan), Spider-Man (Miles Morales), 2 TBD). I also stopped getting random splinter boxes and instead bought She-Hulk for 400 splinters.
Also there was again some visible progress: 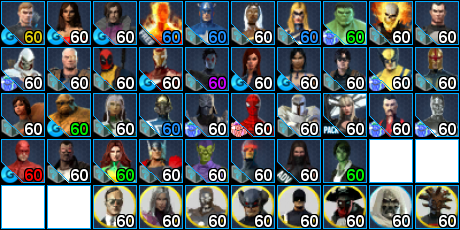