I’m really glad I started WoW. Maybe it’s because enough time has passed or because BfA evokes a lot of memories of the good old times, but I’m enjoying it immensely.
As I wrote I started in Drustvar. I finished it on my second night and got to 114 in the progress. It is hands down the best zone in an MMO I have seen in more than 5 years. Maybe more. The music, the setting, the quests, everything was awesome. I like that it’s a bit slower than I remember leveling in WoW, but I might be mistaken. I took some screenshots and didn’t fiddle around in the AH, so I can give a number of hours played when I am done.
Yesterday I started playing my old main (Orc Rogue) in Vol’dun and it wasn’t so awesome, but still immensely fun. The writing was still good, I liked the scenery (despite it being a desert) and the NPCs. I haven’t finished the zone, but I’m close.
The only downside I’ve noticed so far is hardware-related. My graphics cards used to kinda switch off every few weeks – sound continues but everything goes dark and I need to shutdown and restart, reset doesn’t help either, neither did any of the driver updates. For the first time this was reproducible, when going into the cave in Drustvar to kill Mother Whatever. After failing three times I just switched to potato mode and turned down all graphics settings. That worked. Still a bit annoying – but at least I now know how to temporarily fix it. Maybe it’s some sort of texture or graphics effect. So overall, not so bad and not WoW’s fault, it has happened in multiple games already. 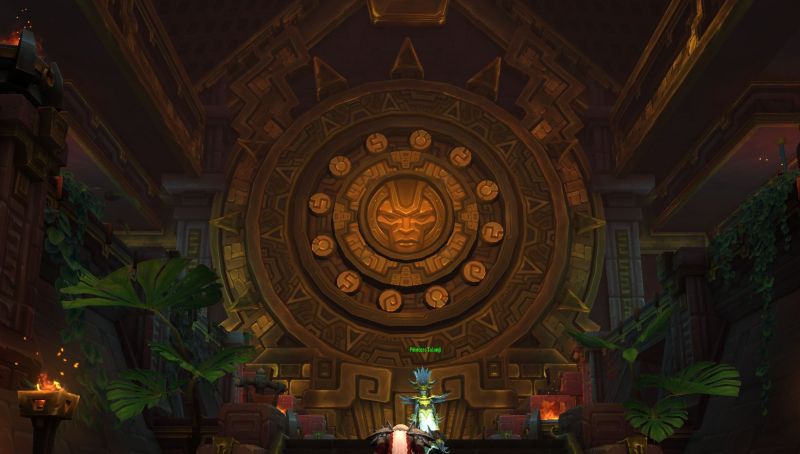