You probably read the news, WildStar is shutting down in the near future and the developer, Carbine Studios is in the process of being shut down.
I haven’t played for a while (my last meaningful session was probably 18 months ago) and before that I had been covering it for 3 years with 18 blog posts – which is kind of a lot for me. It was one of the few games where I was absolutely excited before launch – I even played on the stress test weekends, i.e. download client, try to get in, all for 2-3h of getting to play the new game, usually I can’t be bothered. I also preordered and took part in the head start weekend. I never raided and only did a few 5mans. I was part of a guild, but I don’t even remember the name, which is also *very* rare for me. I joined up not directly after hitting max level IIRC and didn’t stay very long either.
WildStar did a lot of things very good – the music, the setting, the quest pacing, the classes. Every time i played I was having fun.
The problem is that they kinda marketed themselves as a home for the people who found WoW’s raids not hardcore enough. This means some of the dungeon runs were already brutal and even the attunement quest chain to be able to start raiding was kinda nuts. Sure, you can say I should’ve just lived up to “git gud” – but I was doing Heroic raids in WoW just earlier and having fun. So yeah, if being in the top 20% (wild guess) of the WoW skill cap in regard to raiding skills is not enough that I can be bothered to do that in a new game, maybe – just maybe – it’s not my fault. I know a lot of people who liked WildStar and even if they had raided in WoW (even before LFR) that seemed a lot more accessible. Maybe also easier, but definitely more “hey, we’ll take our social non-raiders for a spin once in a while” – definitely didn’t happen in WildStar.
To put this in the correct time, Siege of Orgrimmar, the last WoW raid in the Mists of Pandaria expansion went live on September 10th, 2013. WildStar launched at the start of June 2014 and the next WoW raid to be released would be Highmaul in the Warlords of Draenor expansion on December 2nd, 2014 – so it hit in the last months of a WoW expansion when many people had already stopped being excited.
But I’m not really complaining – the game was hard and my personal problem was more that I don’t like small group content. I like soloing, duoing, and raids. I never liked 5mans in WoW, SWTOR, and also not in WildStar. So even when I tried a few dungeons with people of my new (back then) guild there were some (few) shouting at you if you did something wrong (didn’t matter that you were in the dungeon for the first time) and the non-guilded players were even worse. I’m pretty sure I never made that Silver (or even Bronze) Malgrave Trail. I don’t remember if I even tried a second time, so bad was that experience.
Anyway. I surely didn’t do so much to help WildStar survive, although I was subscribed for quite a few months – I had a lot of fun when I played, but it just didn’t keep me as WoW did for so many years. Maybe also because hardly anyone I knew played. I’m sad that it will shut down but I also didn’t plan to come back, and since it had gone F2P I think I didn’t invest any money – but I also only played a few hours or days since then, the majority of my time was spent in 2014-15. Good luck to the people at Carbine getting a new job soon.
By chance I had logged in just a few days ago and made some screenshots of my characters. I’m also pretty sure I made a video showing off my awesome housing plots, maybe last year – but I can’t find it right now. Maybe I will try to redo that video and then post it. 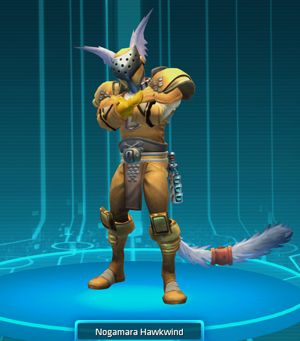 1 thought on “WildStar is shutting down”