Oh wow, that was a little unexpected. I know I had written about how I had wanted to play FF XIV for a while, but I never came around to it. I was in luck though and Gazimoff posted that FF XIV (the base game) was on Twitch Prime, and I had totally not seen it. So I grabbed it on Friday and installed it this morning and so I guess I have a month of play time now.
It’s fun! And pretty. And kinda colourful. A bit heavy on kill quests, but otherwise I had a ton of fun with it today, while stumbling through things. Everything is kinda nicely explained, you just need to memorize everything.
There’s only a very small amount of annoying things:

But apart from this it’s nice.
I chose a female Miqo’te and started as an Archer. I’m level 16 now and according to the NPCs kind of a VIP already.
Combat is a bit weird, I’m running in circles and kiting stuff. It works quite well though, but it’s just like with a WoW hunter 😛 I think I’m holding off with any other job until I am Level 30. 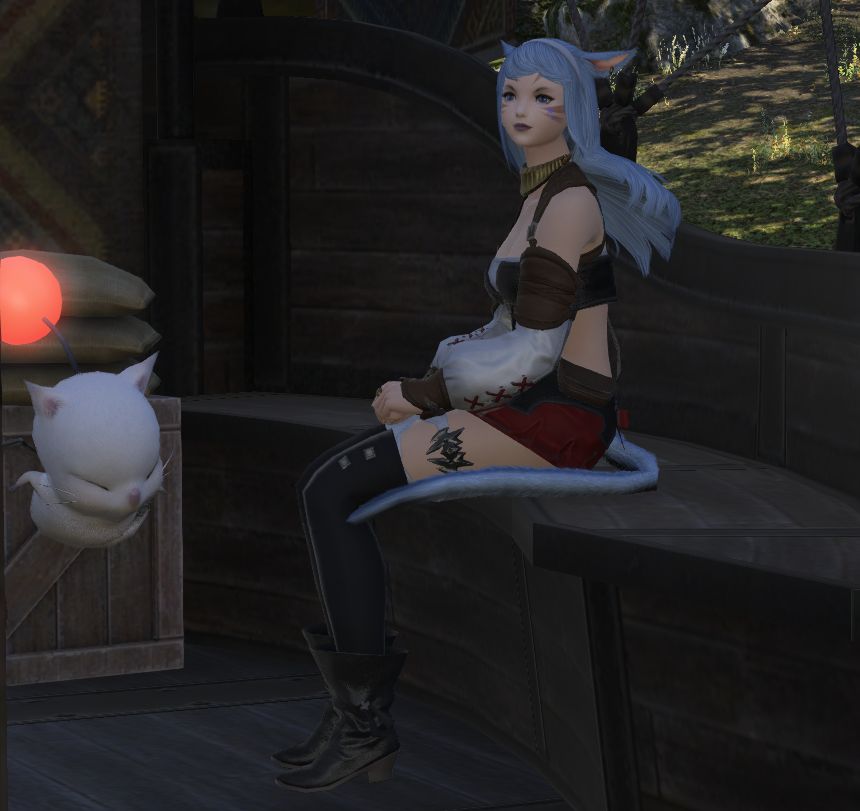 This day was a bit odd though because I also did a few quests in WoW and did the weekly Conquest in SWTOR with my guild. 3 MMOs on a single day is a bit much maybe. Might be a bit hard to juggle 3 MMOs in a month, especially with WoW being really fun and now this new one also trying to grab my attention