So I’m closing in on the big 50 – the level cap of the original game. I’ve been doing one duty roulette per day, queuing up for all the dungeons I need and today I spent roughly 2h doing those Hunting log mini-quests I’ve ignored so far. I’m 48 and 3/4 and my next MSQ is due at 49. But I finished the Maelstrom Hunting Log #1 and the Archer Hunting Log #1-#4 today. I got my “10 unique instanced dungeons” achievement, did my first Beast Tribe dailies and in the Maelstrom I’m now a Sergeant Third Class.
So maybe I had a look at 0.5% of the whole game by now 😛 But it’s kinda fun.
Steam had a sale for the Stormblood expansion yesterday, but apparently I can’t use that, having gotten my account through Square Enix directly (because it was free) so I would’ve had to buy the game again (10 EUR) plus the discounted expansion (18 EUR) which would be cheaper than the expansion in the SE store (35 EUR) – and then I probably would’ve had to reroll on the other account anyway. But according to several sites they also run sales from time to time on the SE store. Well, good job, SE – I guess I would’ve bought that without giving it a second thought, raking in a) an expansion purchase and b) continued subscription, so that free copy would’ve already have paid for itself. But no, this needs to be complicated, so I’m not buying anything for now.
PS: I wanted to call this post “So close and yet so far” but apparently I had already used that title. Pretty cool that WordPress showed me.

Oh wow, this game has me caught in its fangs. Didn’t help that I’ve been sick at home for the last two days, not being able to think straight but at least able to hold a mouse.
After running around on foot for a while (Sprint’s cooldown is too long!) I finally got a mount. As you can see I also joined the Maelstrom, fwiw. Was a close call, I nearly pledged my loyalty to Gridania.


I just hit Level 30, did my Bard job change quest and yay. Leveling would be quite a bit faster if it weren’t for all this travelling because of the MSQ. I kinda ignored it for a bit and shot from 20 to 25, only to take quite a bit longer to catch up. I’ve been sent to the Shroud now for the umpteenth time – I am at one that is classified as Level 27, so not that far behind I guess. 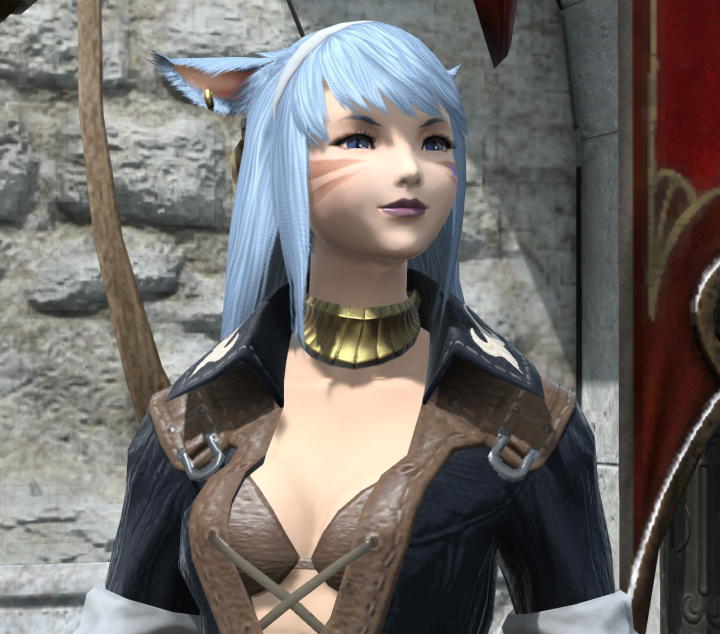 Overall I’m still pretty happy with my choice of class and race – unless I have to wear hotpants again.