Despite the return to WoW (and logging in several times per day) I managed to play some WildStar as well. My Stalker is nearly 46, cleaning up Malgrave and is generally quite fun to play. I really like the Shiphand missions, as I noticed again after ignoring for a while, but I already wish I could skip the Drusera solo dungeons. They were pretty awesome the first time, but too story-driven and still braindead easy I don’t really want to repeat them on every char.
It’s probably a classic learn2play issue, but mobs 1-2 higher are a huge problem, whereas mobs at the same or 1 lower can be dispatched easily, even in packs of 2 or 3. This is a bit weird, but I attribute it to the crit/near-oneshot potential of the class.
I also sunk a fair bit of money into my Outfitter profession and caught up about halfway to my main already. It seems Tailor and Outfitter are the hardcore professions when it comes to material requirements, apparently Architect and Technologist are easier. No clue about Armorer and Weaponsmith, though.
So I’m trying to finish the last stretch over the next few days, although I’m not very keen on dailies or dungeons or any grind at 50, but we’ll see.
One thing I really love about WildStar is the sense of weird humour. ProtoStar, Freebots, Lopp. I really hope WildStar isn’t going down anytime soon, no matter how much bad press it gets (as in letting go people, not reviews).

In August 2007, a bit over 2 years before starting this blog, I already had started a wow blog. As I was playing a Rogue, it was aptly named Vanish!

Some time ago I found all 5 posts I had posted there, before taking it down again (no clue why) and now I’m sharing them, lightly edited.

If there’s one thing the world doesn’t need, it’s probably another blog about WoW. But we will see how useless it will be.
As of now this blog is without a real theme, mostly it will be about Rogues, Druids, Warlocks, Raiding, Addons and, to a degree, about PvP,  [1], Arena and the other classes.
The only editor (atm) has been playing since May 2005 with just a few breaks not longer than a month. That’s why he owns a 70 Rogue, 70 Druid, 65 Warlock, 35 Warrior and 19 Hunter Twink. He never really rerolled, just made chars to redo quests up to level 10 or visit friends on other servers. These were mostly Warriors that made it to their 20s on Arathor-EU, Vek’lor-DE, Malygos-DE and some others.
From the DE you can also see that he’s from Germany. He’s been living in Munich for more than 20 years, studying Computer Science for some years now and playing video games for less than 20 years. Normally he doesn’t talk about himself in the third person, but he started this post and was too lazy to rewrite it.

Some hours ago I finished the first run to Gruul’s Lair with my guild. The Unstable Flasks are quite handy, and as I had 1000 Apexis Shards on my Druid I made a stack of 20 and was happy to get some bankspace back.
Sadly it didn’t run too well, the pull really is awfully complicated and we wiped… and wiped… and wiped. Good thing is that I could run out and not die most of the times when the pull failed. Still some repair costs and time feels a bit wasted as I didn’t do much besides clicking ok to readycheck and dpsing Blindeye sometimes. Oh, and sorting out DKP from a handful of screenshots will definitely be more demanding than my role in this fight.

The berserker buff in instances not only gives you +30% damage, it also lets your model grow in size.
Now if you take the berserker buff inside the Stables, try to run out because it’s busy with Alliance and can’t get through the archway you just used and thus die… you wanna strangle someone responsible for that…

The GC was quite interesting, but I couldn’t be bothered to queue up for 2h or more just to get to play Wrath of the Lich King for maybe 10 mins. Too much fuzz. The Trading Card Game seemed quite nice, although it’s a bit sad that the Upper Deck employees didn’t really know more than the absolute basics of the game.

Second night of Gruul’s Lair. After some attempts on Maulgar I was feared into the wall with full health and mana and had to watch one after the other die. At 1% the only remaining Paladin couldn’t keep the MT up anymore and we wiped. Quite frustrating, as I tried everything from casting “target not in line of sight” and them positioning Maulgar in front of the wall I was inside to Auto-Unstuck (which doesn’t work in battle of course…). But the next try we killed him with 25man up (maybe 1 or battle rezzes used) and then even got Gruul to 60%, let’s wait for next week.
[1]: This predates wowpedia, but I strongly encourage you to use Wowpedia, not WoWWiki.

So I’m still playing WoW, but kind of I am not. I’m now at Level 100 (Rogue), 97 (Warrior), 95 (Shaman) and 93 (Priest) and most of my time feels like it’s spent relogging and sending my followers on missions. This can be delightful or frustrating and feels like tracking 30 Tamagotchis.
I was pretty unlucky on my main (Rogue), still haven’t got a single epic follower, although ~18 of them are level 100 – whereas my Shaman got 3 epic ones in Frostfire Ridge already.
All in all I’m trying to get the most of my month of subscription and it’s really fun to do stuff with my old guildies again, but by and large I think I won’t resub. We’ll see.

Yep, I gave in. Was sick at home for over a week with the flu, so in the last days (on Thursday the 27th to be exact) I bought WoD, paid for  a month and started levelling. Still couldn’t really leave the house (just the way to the doctor and pharmacy had been hell earlier in the week), so I grabbed a big pot of tea, wrapped myself in a blanket and levelled my Rogue from 90 to 100 until Friday evening.
In the start I hated it. Or to be more precise, I didn’t have a lot of fun. It was just more of the same. I liked the abundance of Rares and Shinies to find and enjoy and the new Pickpocketing is ace. But overall, not too thrilling. It got a bit better as the garrison developed. Now I am sitting at iLvl 621 after the weekend after around 6 Heroics and my Warrior is already 93. Didn’t play WildStar in the last 4 days, so it can’t be that bad. I still don’t plan to raid – but we’ll see what will happen in these remaining 25 days. 🙂

Sick at home, actually so bad that I can’t sit and play for more than an hour or two, so haven’t undocked in EVE (my new favorite game) in a few days.
Blogging would be totally possible, with a laptop in bed, just that nothing really happened. Plus I hope my sentences make sense.
Despite all of this I managed to level my Mordesh Stalker from 19 to 35 in the last 2 weeks or so, only adding a few of those levels in the last days, so at least something to write down. Awesome.
Failed the Malgrave Trail Veteran Adventure run on my main by a small margin on first try, so nothing really new there, it will still take tremendous time to get attuned.

Stuff I had installed but never tried?

And yes, “My apps” on the play store is quite handy for such a list.

In summary, I am not too impressed with all the Android games I tried. I loved hardly any of those, I liked a few, but mostly they entertained me for not very long.

I’ve never been a big “mobile” gamer, my only real console was a Game Boy Advance that I used from 2002 to 2005 maybe, thus I will speak in terms of what I know:
Everything twitchy is out, as I hate the controls on the phone (Tetris, Dr. Mario, Xenon 2).
Same for Jump’n’Runs and Racing basically. (Super Mario Land, Mario Kart)
I am not in the mood for RPGs right now, so anything like Zelda, Golden Sun or Pokémon is out.
And I’ve never been a huge fan of Mega Man, Castlevania or Metroid.
Picross could work well I think. And Great Little War Game reminds me of Advance Wars of Final Fantasy Tactics.

Played WildStar again yesterday for the first time in like 2 weeks because of vacation and stuff. It is fun, still. Levelled a pair of Chua (my Esper and an Engineer, both Scientists) to level 12, can’t wait for housing. A bit undecided about Megaservers. On the one hand I don’t see a big problem, but renaming always sucks (even only adding a surname, I remember SW:TOR. I hated the Legacy and then still having to rename a char after a forced server transfer/merge – meh)
In the evening I had a craving for some strategy and building things, so I dug out the old Anno 1503 (The New World) box (so it really is more than 11 years old) and it actually ran quite ok. Everything that was annoying is still annoying though, of course. Maybe the time has come to look for a discounted copy of Anno 2070 (2011) or Anno 1404 (2009) now.  As long as you can manage to run a decently long game without any warfare I’m set.

According to Twitter I hit Level 50 on my Spellslinger on August, 3rd – did a week full of dailies, then finally levelled another toon (Human Exile Female Medic) to 15 – which was great fun, by the way – and stopped playing for 2 weeks. Like, not played anything. Watched a few seasons of tv series on DVD and had other stuff to do, but no gaming. Hardly any time, not in the mood.

Today I did the dailies again. Although I hate dailies, WildStar is still a fun game. I just hope I’ll find back to a more regular playing schedule mid-September and maybe finally try some instances. 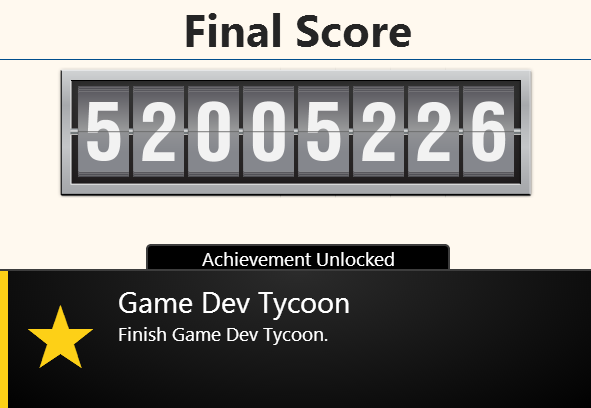 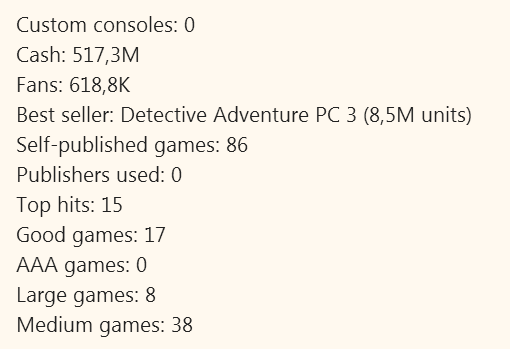 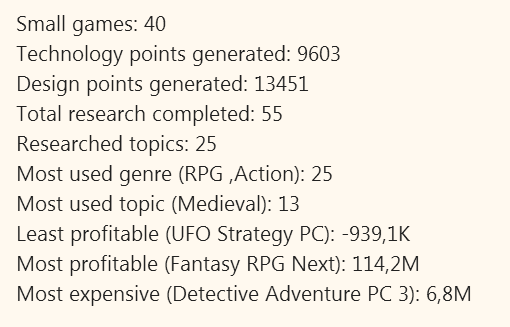